Key issues from ABGC board meeting

ABGC directors and senior staff met in Cairns last week for their quarterly board meeting.

A raft of industry issues were discussed over the two days, including;

The Board was updated on latest workforce shortage issues, including ongoing advocacy work being undertaken by Executive Officer Leanne Erakovic.

The meeting heard that increasing competition for workers on farms continues to add pressure on growers already suffering financially and emotionally.

Quarantine capacity and costs continue to remain a nationwide challenge. The total number of SWP/PLS arrivals nationally is around 7000 workers. In Queensland (by 30 June, 2021) a total of 3000 Pacific Labour and Seasonal workers will have arrived in the state under the restarted programs. The ABGC continues to push for the expansion of the SWP/PLS in a more timely manner.

The ABGC has urged the QLD Government to subsidise and increase hotel quarantine capacity to allow a reliable and safe pathway for growers to access workers (especially when on-farm quarantine does not suit the majority of banana growers). It has also continued to lobby for approved Regional Quarantine Facilities.

More growers are opting in to use SWP/PLS workers for the first time and others have started the process themselves to become SWP/PLS Approved Employers.

The Board noted the advocacy undertaken to achieve assistance for growers in the Cassowary Coast affected by Cyclone Niran on 1 March. However, it also noted neither Government was interested in wages assistance to allow impacted growers to retain staff.

The Board also considered the wide-ranging points raised by Innisfail growers at ABGC meetings following the Cyclone.

New South Wales director Stephen Spear gave an update to directors on growers in NSW who continue to recover from the region’s once-in-100-year flood which also struck in March.

Mr Collins spent time in Boigu Island and Mr Serra visited Mer Island, where they both spoke to locals about how they could better protect banana plantations against emergency pests and disease incursions.

The Board resolved to aim to continue the ABGC’s extension role in the Torres Strait to assist the group of islands with future containment and prevention measures.

Research and Development Manager Rosie Godwin brought directors up to speed with the continuing development of the ABGC’s Banana Industry Strategic Plan.

The development of the ABGC’s Strategic Plan has involved extensive consultation with growers. The plan will guide industry direction and investment over the next five years. The findings from this work have also been fed into Hort Innovation’s draft Banana Strategic Investment Plan (SIP), which covers only R&D and Marketing matters.

Growers are also reminded to share their thoughts on the Hort Innovation SIP before close of comment on June 4.

·      Fill out the online feedback form here (scroll down)

Directors discussed the successful outcome of the 2021 Congress held in Cairns from May 12-14, attended by 470 delegates, including 140 growers.

It’s time now to ensure we build on this success and make the 2023 Congress even bigger and better! Delegates who attended the 2021 Congress are urged to fill out their post-Congress survey. The survey link has been sent to all delegates via email. Otherwise you can access the survey here

Newly appointed ABGC Industry Transition Leader Geoff Wilson joined the board meeting for the first time, outlining his plans to work with industry and government to transition the management of TR4 to an industry-led program by 2023.

Growers may have heard that Bunnings are selling banana plants throughout Queensland. These plants are produced by tissue culture and grown out in accredited QBAN businesses, who adhere to all current biosecurity legislation.

ABGC and Greenlife Industry Australia (GIA) jointly administer QBAN and have a common goal to ensure that banana production is protected. Through this partnership we ensure production nurseries growing banana plants are accredited under the NIASA Banana Nursery Stock Specification and QBAN Certified.

Hort Innovation has the following two point of sale posters available to help educate consumers on fruit appearance and quality throughout the winter season. 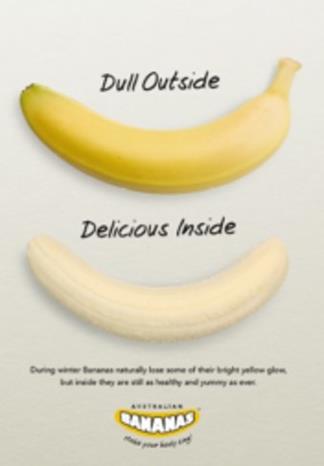 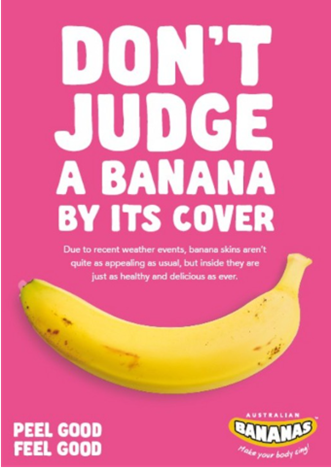 Did our Banana Congress photographer capture you in your finest at the Welcome Drinks or Banana Ball? Social photos are now up online! You can check them out on Facebook here. A selection of images from the three-day event are also available on the ABGC website.

The National Bunchy Top Project team has produced a new video designed to help growers identify the disease in their own patch. The video includes tips from experienced inspectors covering symptoms and destruction of infected plants.

A video targeted at backyard growers is in the works and will be released at a later date. You can also follow the Bunchy Top team on Facebook and find more information here.

The ABGC’s Best Management Practice team were on hand at the Mareeba Field Days to chat to growers and the community – and promote the bright yellow Australian Bananas merchandise.

The team also ran a Guess the Weight of the Bunch competition, which was won by Mo Pedersen from TAFE Queensland. He guessed 62.7kg for a 63.5kg bunch – nice job, Mo! 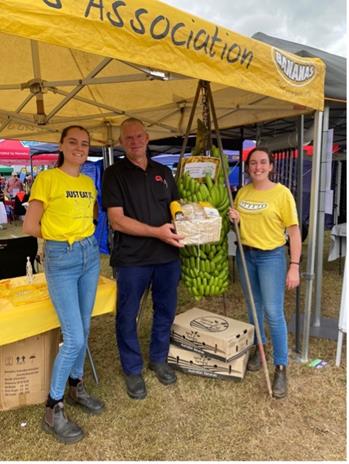 What can banana growers get out of a Nuffield Scholarship?

If you’re wondering whether a Nuffield Scholarship is for you, take a look at some of the experiences shared by former banana grower scholars Paul Inderbitzin and Matt Abbott.

The program allows you to study leading and innovative businesses, identify new best practices and ideas, and forge connections with people around the world. Scholars receive a $30,000 bursary for a 14-week program, so apply today: https://www.nuffield.com.au/how-to-apply

Any growers eligible for the Queensland Government’s water license fee waiver will be contacted by letter at about the time you’d normally receive an invoice.

The Government recently announced that more than 18,000 businesses affected by natural disasters, including TC Niran, have had their water license fees waived to assist with recovery.

More information in the statement here.