Several new varieties shown to be resistant to TR4 overseas are being assessed for agronomic performance in a new trial commenced recently at South Johnstone Research Facility. Queensland DAF gives an overview of what’s in store. Theme 1 in the banana plant protection project is about importing varieties and evaluating for pest/disease tolerance and agronomic traits in a range of production environments, with particular emphasis on Fusarium wilt TR4. As part of this theme a variety trial was planted at South Johnstone on 26 September, where 32 varieties will be evaluated for agronomic performance over three crop cycles, plus a leaf spot screening in the fourth cycle. This is a first look at many of these varieties to see how they perform under north Queensland conditions. In addition some preliminary postharvest assessments will be carried out.

In conjunction with this agronomic evaluation many of these varieties will be screened against TR4 in the NT to determine or confirm resistance. The NT field planting will commence in December this year. The varieties are also being evaluated for Race 1 Panama disease and agronomic performance in the subtropics at Duranbah, NSW.

• We have included the full suite of Taiwanese selections of Cavendish present in Australia. Also included are two selections made in Australia from the older introductions.

• The agro-biotechnology company Rahan Meristem imported into Australia four of their elite Cavendish selections – Gal, Jaffa and two selections of Adi. Their main features include reduced plant stature and large well-structured bunches. These selections are proving popular in various export production zones around the globe. However, these selections are not claimed to have any resistance to TR4. North Queensland producers that have seen them growing overseas have been keen to see them evaluated by DAF for some time. Rahan Meristem own these varieties and have agreed that results of our evaluations can be made publicly available.

• Four hybrids from the breeding program of CIRAD in the French West Indies. Overseas these have shown resistance to leaf disease and race 1 of Panama disease. We are all eager to see how they fare against TR4 in the NT trials.

• Two Cavendish selections from the Canary Islands. These selections of Dwarf Cavendish form the basis of their 400,000 t/yr export industry to mainland Europe.

Stay tuned for the dates of planned field walks in 2019 and beyond to inspect progress in the trial. Four leaf disease resistant hybrids from the breeding program of CIRAD in the French West Indies are included in the trial. 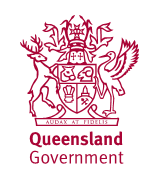