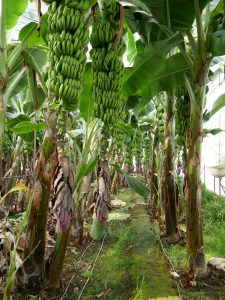 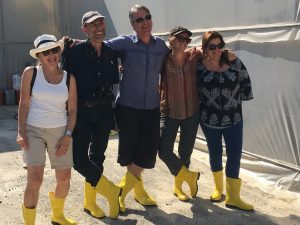 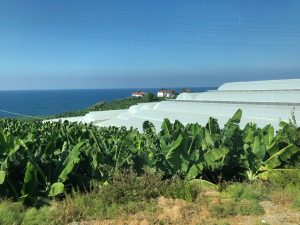 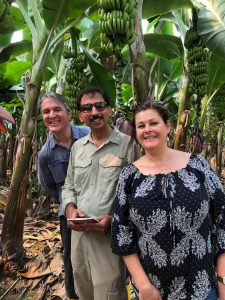 Australia’s subtropical banana experience was shared with experts from across the world at ProMusa 2018.

The conference, part of the 30th International Horticultural Congress, was held in Turkey and featured presentations from Matt Weinert, of the New South Wales Department of Primary Industries, and Doriana Mangili, from the Sweeter Banana Co-Operative in WA.

The theme of Promusa 2018 was ‘growing and marketing bananas under subtropical conditions’ – a perfect fit for both Western Australia and Northern New South Wales.

Mr Weinert presented a paper on a cold tolerance test that David Peasley (Peasley Horticulture) had begun to develop as part of the variety trials at Duranbah, NSW.

Mr Peasley had noticed that, when cutting plants during the middle of winter, Cavendish types had no sap flow. Others, such as Lady Finger and FLF, had quite good flow.

“David started counting the number of drops as an indicator of that, so I presented some preliminary data and talked about the need to find a way to quantify this information,” Mr Weinert said. “Since the congress I’ve been discussing the work with Brazilian researchers to further develop this simple technique to test for cold tolerance in banana cultivars.”

Mr Weinert also presented a keynote address, on behalf of Mr Peasley, looking at banana diversity in the subtropics.

Growers and researchers expressed interest in a couple of varieties from Australia including FLF and Little Gem.

“On top of that, there are several varietal evaluation programs around the world, so we’ve started to talk with researchers doing similar work to ensure we’ve got international consistency for this work,” he said.

“International researchers in particular were impressed with the varietal evaluation process at Duranbah, from importing new varieties to disease and agronomic testing right through to ripening, handling and consumer acceptance testing.”

Ms Mangili’s presentation focused on the marketing success of the Sweeter Banana Co-Operative, and sparked a range of questions from participants.

“It was a great experience meeting with researchers from many nations as diverse as Uganda, Ghana, Israel, Pakistan, Lebanon, India and Brazil and finding that many had the same challenges in getting markets for their product and grower collaboration.”

ProMusa 2018 also included a field trip to a banana growing region of Alanya on the Mediterranean coast.

Mr Weinert described the topography as similar to Coffs Harbour – slopes leading down to the ocean – but with a climate closer to Carnarvon.

“As well as outdoor cultivation, they also grow bananas in greenhouses which have quite high yields of 60-80 tonnes per hectare. That’s about double North Queensland and probably 3-4 times what we achieve in Northern NSW.

“It’s an expensive way to grow bananas, but in Turkey there’s quite high import duties so it’s economically viable.”

Ms Mangili added that it was interesting to look at the whole supply chain by visiting farms, packing sheds and wholesale markets, and learning about the local market.

“With very little grading and limited cool chain, the visual quality was similar to the Carnarvon industry 20 years ago,” she said.

“Government subsidies for greenhouses and import duties support the industry, helping growers to be profitable. The taste of the local product was very good – good texture with a sweet taste, very similar to our Carnarvon bananas.”

She noted that the welcome from local government, industry representatives and researchers was ‘incredible.’

Congress attendees also took part in a workshop on Panama TR4, where biosecurity protocols and trials implemented by Biosecurity Queensland, QDAF and ABGC were held up as the gold standard for managing TR4 and varietal evaluation.

Both Mr Weinert and Ms Mangili felt there were some valuable lessons to bring back home too.

“The sub-tropical industry is small in Australia so much of our research is directed to tropical growing areas where the majority of our bananas are produced,” Ms Mangili said.

“It was very exciting to hear all of the incredible research and development that is undertaken in other nations focusing on sub-tropical varieties and sub-tropical conditions.

“Meeting so many passionate scientists working on sub-tropical bananas has certainly broadened my horizons and I look forward to our Australian researchers working with their international counterparts to trial some of the varieties and techniques developed overseas, in sub-tropical areas in Australia.”

Mr Weinert noted there were some great presenters looking at the stresses bananas undergo, particularly in Pakistan where they grow in deserts with 50 degree summers and freezing winters.

“They still manage to get good yields through crop manipulation, and the thermal netting being trialed in Israel produced amazing results too, significantly reducing cold and frost damage.”

ProMusa was held from August 12-16. Matt traveled to ProMusa 2018 with support from Better plant protection for the banana industry (BA16001), part of Hort Innovation banana fund and industry funds and ProMusa.