Skip to content
Home
/
Is it a bird? Is it a plane? Nope, just bananas! 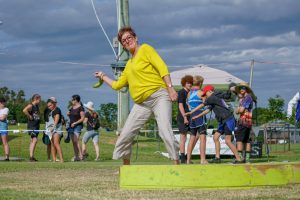 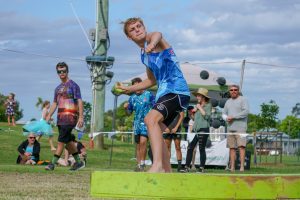 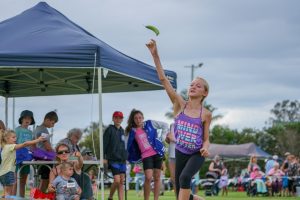 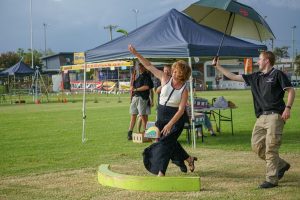 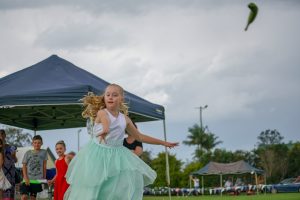 All images courtesy of Helen Rushton

A range of techniques were put to the test at the 2018 World Championship Banana Hurl, held as part the Macksville Gift Carnival on November 10.

“Although dark clouds encroached on the Banana Hurl, it added to the atmosphere of impending doom for some of our bananas,” said organiser Helen Rushton.

Congratulations to all the school winners including India, Alfie, Charlotte and Simon.

Tammy Woods took out the women’s event with a throw of 27.61m, while Tim Eschehach took out the men’s with a massive 58.32m hurl.

“The crowd ‘oooooed’ as the banana hit the ground and exploded into many pieces. The banana throw was split and Tim had taken out the prize. A gallant throw approved by all.”

MP Melinda Pavey was among the participants, braving the wet weather on her way to the Kempsey Ball, to throw her fruit 20 metres.

“The Macksville Gift Committee would like to thank the banana growers for the supply of bananas and the prize money. We would also like to thank the participants who gave a gold coin donation,” Helen Rushton said.