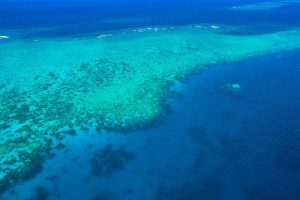 More growers are about to benefit from Commonwealth funding designed to assist growers to make on-farm practice changes that reduce their environmental footprint on the Great Barrier Reef. Sonia Campbell reports on Reef Trust III and future funding available through this significant project.

The latest round of banana water quality reef grants was awarded by the Australian Banana Growers’ Council (ABGC) last month, as part of the Federal Government’s Reef Trust III program.

The grants are funded through Reef Trust III and delivered as part of the Reef Alliance project ‘Growing a Great Barrier Reef’, which is a partnership between agricultural industry, regional National Resource Management (NRM) bodies and facilitated by the Queensland Farmers Federation (QFF), with a common goal of securing the future health of the Great Barrier Reef.

Applications were open from 1 November until 16 December last year, and grants were then scored by a selection panel in late January, with ABGC then advising successful and unsuccessful applicants.

ABGC Reef Team Leader Sarah Simpson said the ABGC was working in partnership with Terrain NRM to administer the grants, utilising Terrain’s many years of experience in delivering reef grants in the Wet Tropics region.

“ABGC received a large amount of interest from banana growers in both the Wet Tropics and Cape York regions, with more applications received than there were funds available,” Ms Simpson said.

“In total, out of 19 applications, there were 10 successful banana water quality grant recipients located in both the Wet Tropics and Cape York.”

“These successful growers will be implementing improved on-farm nutrient and sediment practice changes in 2017.”

“Another successful applicant will purchase a specialist slasher, while another will buy a spreader, all with the purpose of maintaining grassed inter-rows which help to minimise soil loss from their farms,” she said.

To be eligible for grants, growers must have recently completed or revisited their Banana Best Management Practices (BMP).

The maximum amount that could be applied for in the latest round was $15,000, with the growers contributing a minimum of 50%  of the total amount of the funded project.

“The grants are significant and, in some cases, can allow growers to carry out improved on-farm practices that they otherwise may not have been able to afford,” Ms McKinlay said.

There will be an additional round of grants in 2018, which will be open for applications in late 2017.

If you are interested in accessing the grants program or need extension support for on-farm nutrient and sediment practice changes, please contact Sarah Simpson on 0437 241 687 or email sarah@abgc.org.au.