Where in the world could Australian bananas make their mark? 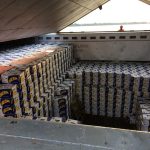 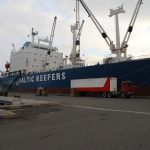 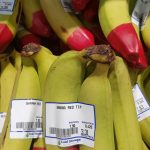 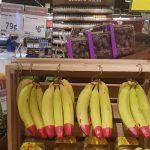 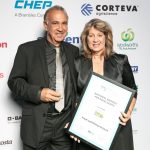 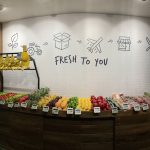 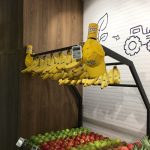 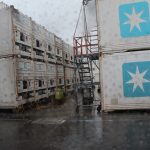 Australian-grown bananas are a staple in most households around the country.

Up until now, the industry has been largely focused on the domestic market, supplying some 96 per cent of the nation’s homes.

However, the recently released Banana Market Mapping – funded by Hort Innovation – asks whether there may be an opportunity to market some of the locally-grown produce abroad.

As part of the strategy, project leader Dr David McKinna and colleagues, have undertaken Banana Market Mapping based on research and stakeholder engagement.

Their findings show there are some potential markets available – but primarily to niche, differentiated products.

Bananas are, without doubt, an important crop in Australian horticulture. Worth $600 million, the industry produced 414,000 tonnes of fresh fruit in 2016/17.

On a global scale, though, the local industry remains relatively small.

India, one of the world’s largest producers of bananas, produces close to 29 million tonnes of fruit annually.

In 2016/17, just 0.04 per cent of Australian fruit was exported. In the past, small shipments have been sent mostly to New Zealand, Singapore, Japan and Nauru, the majority on an opportunistic basis.

Australian bananas are among the best in the world and there are, without doubt, some interesting avenues to showcase this internationally.

McKinna’s Market Mapping identifies six potential countries where produce could be exported, albeit subject to caveats.

The list includes Japan, South Korea, China, Qatar, Singapore and New Zealand. Japan, at the top of this list, is completely reliant on banana imports.

Last year alone, they imported almost 960,000 tonnes of the fruit.

While the market is in decline, the country has a large population and a potential market for premium, specialty products.

In Japan, like most countries that were studied, there could be season gaps for Cavendish from Australia, but in general Australia is not in a position to be competitive in the mainstream banana market.

That is, our costs in areas such as labour are massive compared to those in South America and the Philippines.

In the case of almost all countries studied for this report, it was niche, differentiated products that offered the most opportunity.

If products are different and appreciated, for example, through taste or different varieties (like Lady Fingers), branding, organic certification or nutritional claims, there is a potential for price premiums internationally.

On top of this, Australia’s reputation for quality produce, food safety expertise and product integrity could be leveraged to open doors.

McKinna reported that Australia is simply not in a position to be price competitive on Cavendish with other major exporters throughout most of the year.

Exporting means a higher-risk environment and, of course, that needs to be worthwhile for anyone considering this avenue – hence the niche, differentiated products or targeted time periods.

Another large challenge facing the Australian industry – in this context, at least – is the fact that the industry has been almost solely focussed on the  domestic market.

Supply chains for overseas markets are almost non-existent and would need to be developed, a process that takes time and money.

Once those relationships are established, they would need to be maintained to support a sustainable, on-going export program.

OPPORTUNITIES THROUGH DIFFERENTIATED PRODUCTS INCLUDING:

Liverpool River Bananas currently export around 5% of their annual supply of Cavendish banana to Singapore.

“It made commercial sense to our business to build our brand there.”

In order to arrive in top condition, the fruit is ripened at the Sydney Markets, then consolidated with other premium products before being sent via a freight forwarder on a direct flight out of Australia.

At this stage, Liverpool River sends a small quantity to Singapore each week.

“Airfreighting bananas certainly has its challenges in maintaining the integrity of the supply chain, as our produce can sit on the tarmac for up to three hours in extreme temperatures,” Mr Lizzio said.

However, he added that the team at Liverpool River have inspected their fruit in Singapore and were very impressed with the way the bananas were handled, presented and respected by the store owner.

“The Australian brand is very powerful and well respected,” he said. “But there is fierce competition on pricing with other countries that can produce bananas at a much lower cost.”

Liverpool River Bananas have been growing and producing Cavendish bananas for over 30 years and note they are extremely proud to supply the domestic market.

“We want to make sure that Australian consumers are getting the very best produce possible,” Mr Lizzio said.

“There’s no doubt that’s at the heart of what all Australian banana growers strive to achieve.”

Frank and Dianne Sciacca, who own Pacific Coast Eco Bananas at Boogan, also export some of their produce.

They have been supplying to a niche market in Hong Kong since 2009, on top of their domestic commitments.

“We’ve been looking for like-minded eco-friendly growers who could join us to supply larger markets there,” Mrs Sciacca said.

“It’s important to emphasise that we are not taking away from any existing relationships nor competing with larger exporters.

This is category premiumisation through value-based pricing to supply a consumer who wants to have their food grown a different way.”

She added that exporting was an important part of their overall business strategy.

“However, growers need to realise that export relationships take longer to mature, doing business is different and that there are more layers in the supply chain – so it is no short term fix.

“That aside, there are opportunities worth pursuing to achieve growth.”

More information: Contact the ABGC office should you be interested in a copy of the Banana Market Mapping: 07 3278 4786.

This project has been funded by Hort Innovation using the banana research and development levy and funds from the Australian Government.