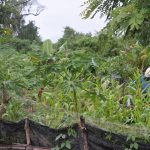 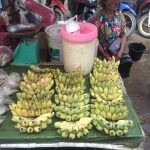 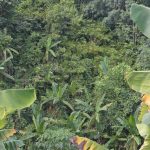 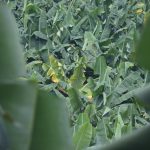 What if we did nothing to manage Panama disease? This is the scenario being faced in Laos, a land-locked country south of China and between Thailand and Vietnam.
By Tony Pattison, Queensland Department of Agriculture and Fisheries

The arrival of Panama disease TR4 in the north of Laos in 2016, has all but wiped out the expanding Cavendish export market supplying bananas to China.

The banana industry in Laos has traditionally supplied local markets with varieties like Ducasse, from small mixed farming plots.

In 2011, with the spread of TR4 in China, there was a move to grow Cavendish bananas in Laos. This was to supply the lucrative Chinese banana market that had a short fall caused by TR4.

However, in the establishment of the new plantations, there was little knowledge or awareness about TR4 and how it spreads. As a result, ineffective or no biosecurity was put in place in establishing the plantations.

Although tissue cultured plants were used, by themselves they were ineffective to prevent the of bananas, up to 2016. By the time TR4 was confirmed in the Cavendish plantations in 2017, 6,000 ha had already been lost in production to the disease. The area under Cavendish banana production continues to decline.

Furthermore, with little information and no protocols in place to stop the spread, new areas continue to become infected with TR4.

The spread of TR4 in Cavendish plantations from the north to the south of Laos, threatens not only traditional banana production supplying local markets, but also wild banana species that can be found in nearby forests.

The lesson to be learnt about TR4 from the Laos experience is to do nothing will result in the rapid spread of the disease and substantial loss of production. Therefore, the greater our knowledge about TR4 and the more on-farm systems that can be put in place, the better the banana industry can be in minimising the impacts of Panama disease.

Acknowledgement: This work has been funded by the Australian Centre for International Agricultural Research in collaboration with Queensland Department of Agriculture and Fisheries.