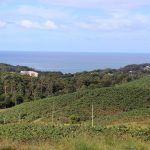 A group of banana growers in the Coffs Harbour region whose properties will be impacted by a planned bypass are a step closer to reaching a resolution after years of uncertainty.

In April 2019, Australian Bananas Magazine reported on the plight of the growers, whose lives and livelihoods have been seriously impacted by the planned $1 billion Coffs Harbour bypass project.

First mooted in 2004, the 14km bypass project is part of an upgrade – the largest infrastructure project in Australia – designed to deliver a four- lane divided road on the Pacific Highway between Queensland and Hexham, NSW.

But while the bypass will be widely welcomed for the benefits it will deliver to improve travel time and freight efficiency, it comes at a cost.

The NSW north coast banana growers have been part of a lengthy community-driven campaign to ensure the best outcome was achieved for local farmers and the community.

Banana grower and NSW Farmers Coffs Harbour branch secretary Paul Shoker said the Road and Maritime Services had initiated a programmed acquisition process for the project, with some ten banana farms understood to be made formal offers for partial or total acquisition.

The acquisition, while a bitter pill to swallow, finally delivers some certainty to growers who have waged a 15-year battle for answers.

“A lot of growers have faced years of uncertainty and are feeling exhausted with the process,” Mr Shoker said.

“Of the ten banana farms impacted, I understand some banana growers will be forced into early retirement, some growers have other farms established elsewhere and some growers have diversified into other crops.”

For Mr Shoker’s family-owned farm, the acquisition – which will split the Gately Road property – is the best of a bad situation.

“If there are any lessons learnt in this process, is that every farm is unique and individual,” Mr Shoker said.

“The location of infrastructure like sheds and internal roads is generally done for a reason and moving these could well impact on the efficientoperation of the farms.

“It’s not a simple fix to move them elsewhere on the property.

“I’d like to see in the future projects such as these work with the affected landholder to develop transition plans, where planners acknowledge and respect the individual situation of each landowner.”

Mr Shoker said the announcement in September last year that the project would include three tunnels rather than large cuttings, was welcomed.

“The inclusion of three tunnels will keep the ridgeline intact and result in less environmental impacts on properties, which is a good thing,” Mr Stoker said.

Growers had also been able to provide input into land management issues such as access to creek water, managing floodwaters and managing spillson the road.

While the project will impact individual properties, Mr Shoker said it would also change the “nature” of the valley, which has been home to fourth and fifth generation farmers.